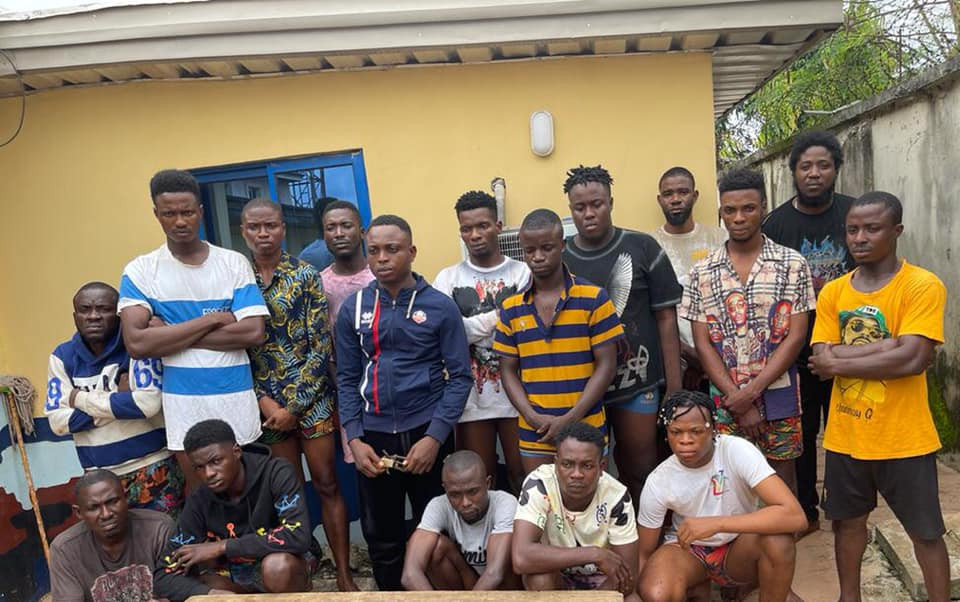 Operatives of the Delta State Police Command have foiled an initiation ceremony of the Aiye Confraternity in Onicha-Ugbo community in Aniocha North Local Government Area.

Spokesperson of the command, DSP Bright Edafe, who disclosed this in a statement on Tuesday, September 28, said men of the Anti Cult unit arrested 10 suspected members of the cult group during the raid.

“On 25/09/2021 at about 0145hrs acting on intelligence gathered that members of Aiye confraternity a.k.a black axe were carrying out an initiation in the bush at Onicha-Ugbo community in Aniocha North LGA,” Edafe stated.

“The Commander Delta State Anti Cult Unit (SACU) detailed operatives who stormed the venue of the initiation that night, they were able to foil the initiation process and also arrested ten (10) male suspects while others escaped into the bush

Millionaire murderer, Robert Durst diagnosed with COVID and placed on a ventilator two days after being convicted of murdering his friend