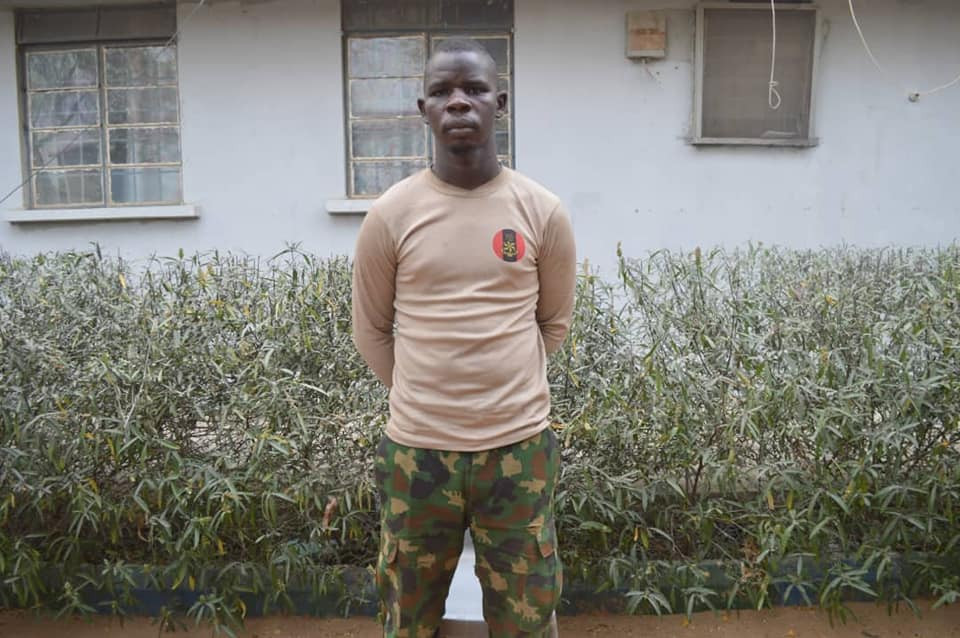 Spokesperson of the command, DSP Abdullahi Haruna Kiyawa, who disclosed this in a statement on Monday, December 13, said that the suspect confessed to have specialized in extorting tricycle operators by presenting himself as a military personnel.

“On the 30/11/2021 at about 0900hrs, one Abubakar Zailani Ibrahim, ‘m’, 27 years old of Adamawa State, presented himself as a Military personnel, arrested a Tricyclist and took him to Rijiyar Zaki Police Station Kano, claiming that some weeks ago, the said Tricyclist made away with his Military Uniform and other valuables amounting to the sum of One Hundred and Ninety Five Thousand Naira (N195,000)” the PPRO stated.