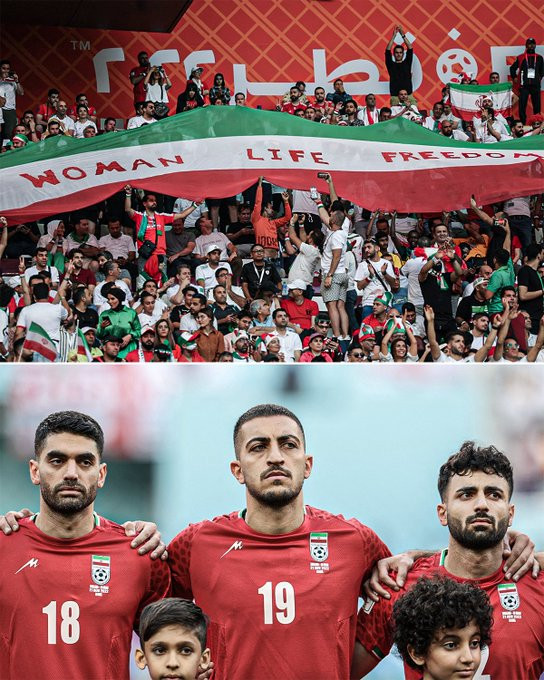 Iranian players refused to sing their national anthem before their World Cup match against England in an apparent expression of support for anti-government protests in their home country.

There has been a fierce crackdown on protests in Iran sparked by the death in custody of Mahsa Amini in September.

22-year-old Amini was detained by morality police for allegedly breaking the strict rules around head coverings.

Human rights activists have said more than 400 protesters have been killed and 16,800 others arrested in a crackdown by Iran’s security forces.

Iran’s leaders say the protests are “riots” orchestrated by the country’s foreign enemies including the US and Israel.

On Monday, November 21, fans shouted and jeered as the country’s anthem was being played, others held up signs saying “Woman, Life, Freedom” while the players refused to sing the anthem.