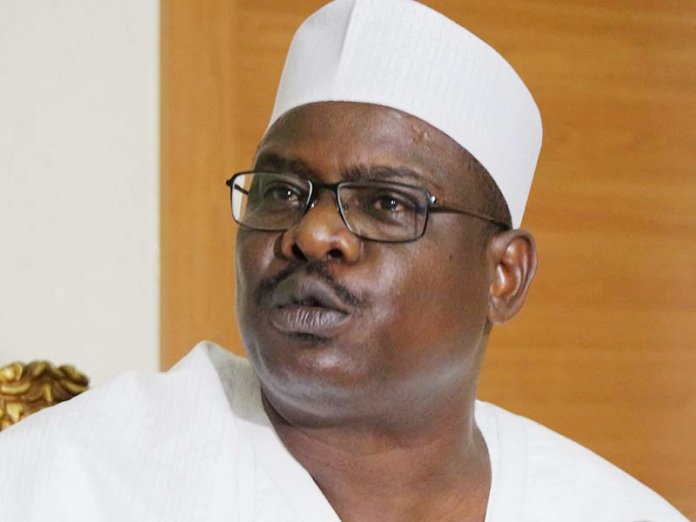 Senator Ali Ndume, on Friday told Justice Okono Abang, of the Abuja Division of the Federal High Court that he currently has no knowledge of the whereabouts of the former Chairman of the Pension Reformed Task Team, Mr Abdulrasheed Maina.

Maina is standing trial on a 12-count criminal charge bordering on fraud and money laundering, amongst others.

The Economic and Financial Crimes Commission (EFCC) had arraigned him on October 25, 2019, alongside his son, Faisal, and Common Input Property and Investment Ltd, a firm said to be owned by him.

Ndume, had recently stood as surety for him, after he was admitted to bail.

It would be recalled that Maina spent about nine months at the Kuje Correctional Center, owing to the stringent conditions attached to his bail before it was waived.

When the matter came up on Friday, Maina for the third consecutive time was not in court and his lawyer, Mr Francis Oronsaye, informed the…