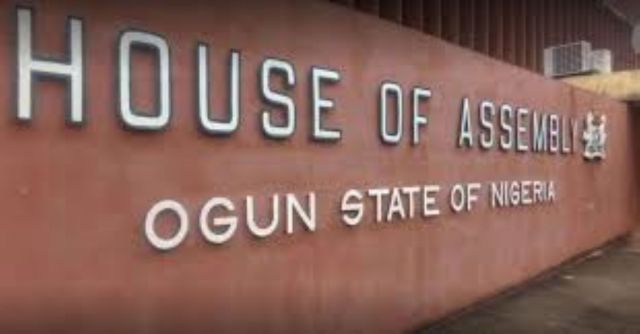 The Ogun House of Assembly on Thursday acknowledged receipt of a bill for a law to establish Security Network Agency, code-named “Amotekun Corps’’ from Gov. Dapo Abiodun.

Mr Olakunle Oluomo, the Speaker of the House, read the governor’s letter during plenary in Abeokuta.

Oluomo assured that the bill, which would assist security agencies in maintaining law and order, would receive accelerated passage from the lawmakers.

He directed that the soft copy of the bill be uploaded to the State House of Assembly website for all to peruse through.

The speaker said that the assembly would organise a stakeholders’ meeting to get opinions on the bill.

He promised that the inputs of the stakeholders would not be taken for granted.

Also during plenary, a bill for a law to make provision for the Ogun State Judiciary Funds Management and other matters was passed into law.

I’m angry because we’ve not been paid

I expected INEC would have prepared better for this election ― Obaseki