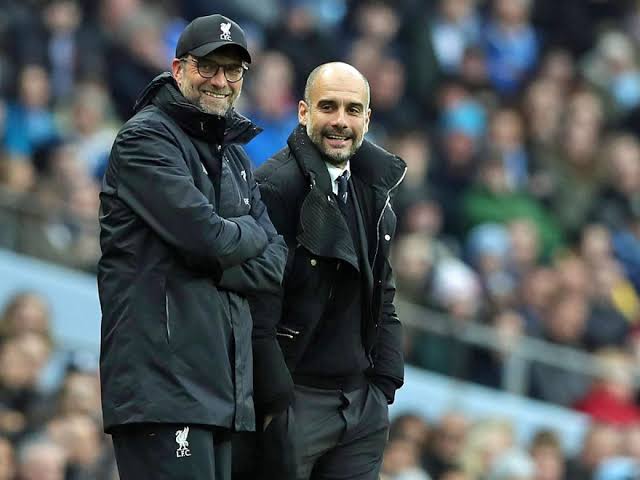 Pep Guardiola regards Jurgen Klopp and his Liverpool side as the biggest challenge he has faced in his managerial career but says going up against Real Madrid made him a better coach.

Manchester City pipped the Reds to the 2018-19 Premier League title in a thrilling race last term but Guardiola’s side finished a whopping 18 points adrift of their rivals this time around.

Klopp is a familiar foe on the touchline, with the German having been in charge of Borussia Dortmund during Guardiola’s time at Bayern Munich.

Guardiola has faced many rivals as a coach, including legendary Clasico tussles with Jose Mourinho’s Madrid during his stint as Barcelona boss.

But the Catalan cannot look beyond this Liverpool class under Klopp as the greatest obstacle he has come up against.

Speaking to DAZN, he said: “The toughest opponent I’ve faced in my career has been this Liverpool from the last year.