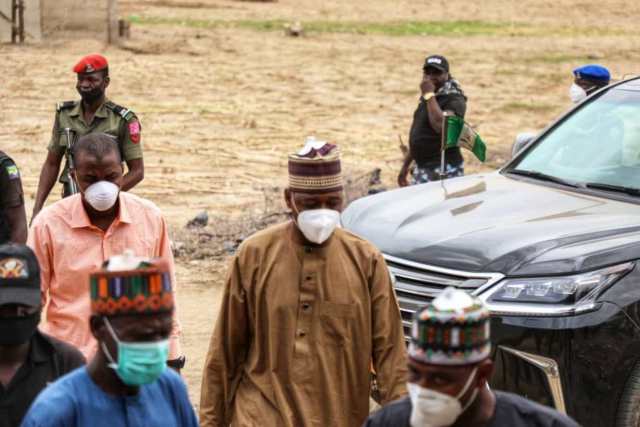 Governor Babagana Zulum of Borno on Sunday flew from Abuja to Maiduguri and, on arrival, took a military chopper to visit the four communities raided on Saturday night in Hawul Local Government Area, by insurgents.

A statement by the governor’s Special Adviser on Communications and Strategy, Mallam Isa Gusau, which announced this, also explained that the Governor had on Thursday left Maiduguri for Katsina en route to Abuja for a series of scheduled activities, but had to cut short the trip following the attack.

“About four communities, comprising Tashan Alade, Shafa, Azare, Sabon-Kasuwa, and Debro, were affected by Saturday’s attack with schools, shops, and places of worship destroyed by the insurgents.

“Three persons were killed in Shafa, among them two hunters and a civilian. Thousands of bags of farm produce, recently harvested by farmers, were looted by the insurgents who also emptied shops and market…

NPA expects 19 ships with petroleum products, others at Lagos port