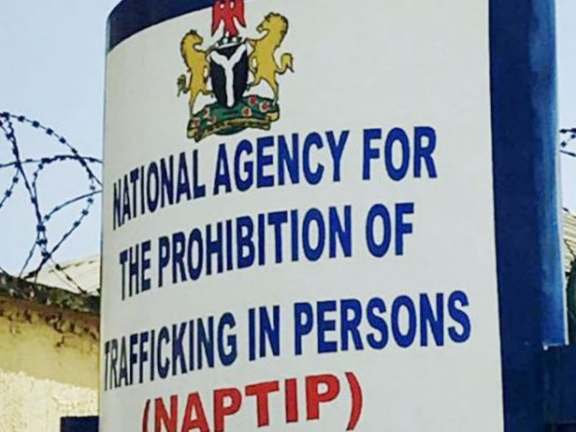 The National Agency for the Prohibition of Trafficking in Persons (NAPTIP) says it has burst a notorious child trafficking syndicate in the Federal Capital Territory (FCT) and arrested a suspect.

The agency said this in a statement by the head of its Press and Public Relations Unit, Mrs Stella Nezan, in Abuja on Monday.

The statement also said the operatives of the agency were able to rescue four children from one Mrs Blessing-Nnena Eze, suspected to have stolen the children.

NAPTIP said in the statement that the development represented a major feat in the agency’s determination to curtail the incidence of child trafficking, especially within the nation’s capital.

It said the agency had also commenced a manhunt for one suspect named “Mama Chioma” from Enugu, in Enugu State, said to be in possession of another group of four trafficked children.

According to the statement, Mama Chioma is suspected to be the major supplier that specialises in bringing the children and…