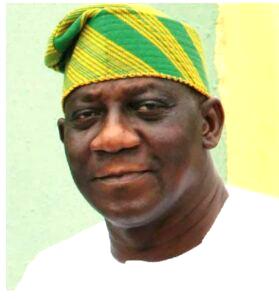 AVM Smith (rtd) was kidnapped around 6pm on Monday at site near Blenco Mall on Addo Road Ajah area of Lagos.

It was learned that the gunmen who fired shot sporadically into air abducted AVM Smith while his driver was running errands.

According to eyewitness, heavy gunshot rented the air as the gunmen shot sporadically forcing people to scamper for safety, while Blenco shopping mall shut their entrance door.

It was was gathered that the gunmen after kidnapping the victim escaped in a speedboat through the waterways.

In a distress voicenote sent by his driver, corporal Okdiji who is attached to retired AVM Smith, was heard saying, “they have kidnapped Air vice marshal Smith from the site where we are. Some gun men wearing mask kidnapped him.

They were shooting everywhere, I…