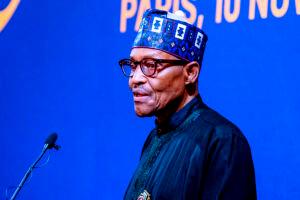 Perhaps , being a pragmatist who having  weighed all the odds against the concept of direct primaries for the nomination of candidates for political offices by parties , such as the humungous cost of executing the task, and the risk posed to the lives of potential voters owing to the alarming level of insecurity of lives in the polity, as well as the undemocratic element in the bill that smacks of imposition , amongst other reasons, president Mohammadu Buhari had to demur from appending his signature to the electoral act amendment bill 2021.

It is a document that he has five (5) times sent back to the sender hence l have named it Ogbanje/Abiku.

I will elucidate on that aspect later because it is the easy part.

The hard part that president Buhari is confronted with is the challenge of convincing  majority of Nigerians that his action is altruistic and not hypocritical . But how can what was transmitted from Aso Rock Villa via a…