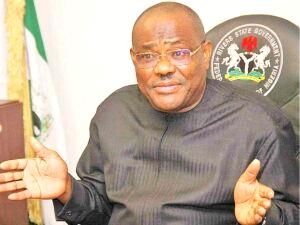 Alhaji Ibrahim Masari, a close associate of Tinubu and placeholder before the choice of Senator Kashim Shettima as Vice Presidential candidate of the APC yesterday, confirmed talks between presidential candidate of the All Progressives Congress, APC, Senator Bola Tinubu, and Governor Nyesom Wike of Rivers State, saying the latter has agreed to work for the success of the former in 2023.

Also confirming the meeting, the Asiwaju Project Beyond 2023 group said the meeting is a good omen for the party, ahead of the 2023 general elections.

But despite the London meeting, there were, however, conflicting reports that the presidential candidate of the Peoples Democratic Party, PDP, Alhaji Atiku Abubakar, may have headed to London in an effort to woo the Rivers governor.

While a source said he left for London, another source from the former VP’s camp told Vanguard that he…