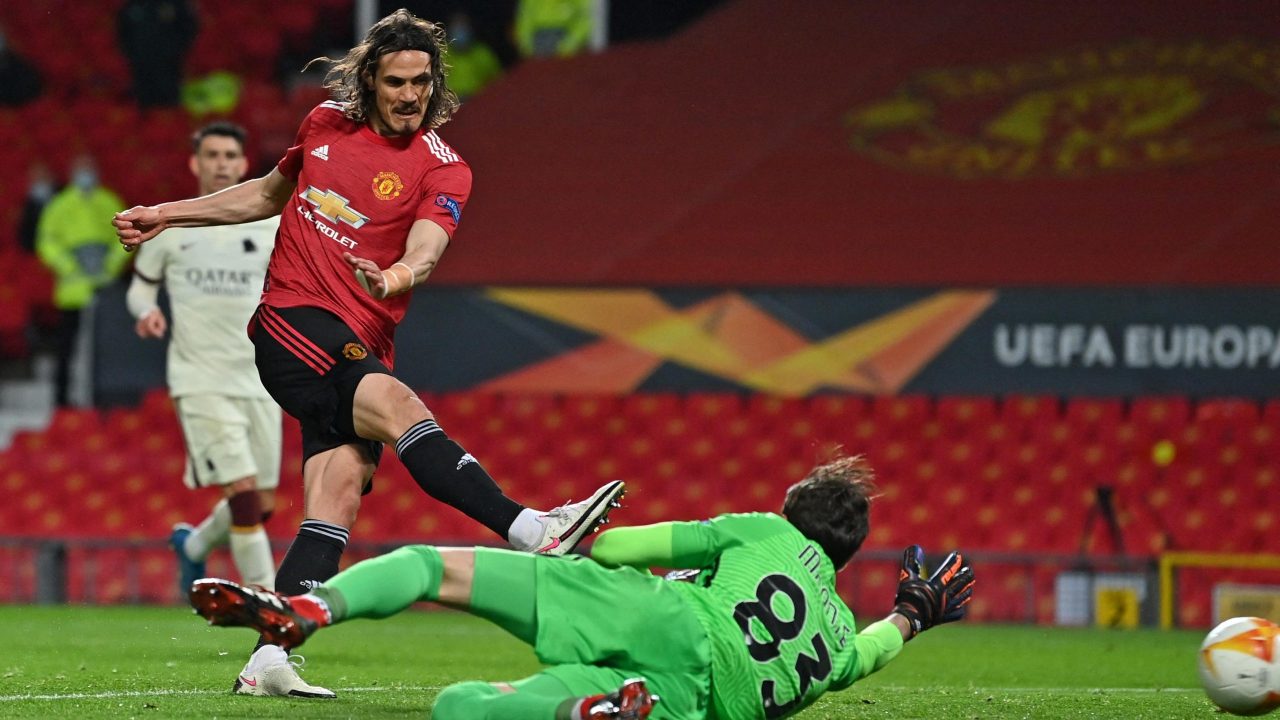 Bruno Fernandes and Edinson Cavani each scored twice as Manchester United took a huge stride towards the Europa League final by coming from behind to thrash an injury-hit Roma 6-2 at Old Trafford.

Fernandes’s early opener was quickly cancelled out by Lorenzo Pellegrini’s penalty before Edin Dzeko put Roma in front at half-time.

But the Italians lost three players to injury before the break and United took advantage with a dominant second-half performance.

Two predatory finishes from Cavani turned the tie around before Fernandes also fired home from the spot.