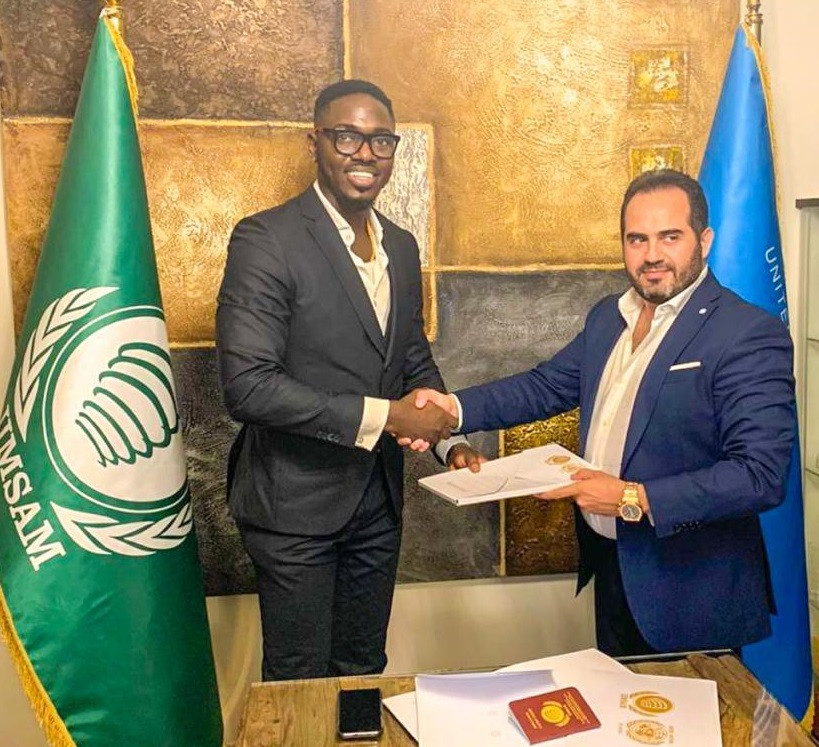 H.E. Mr. Samson O. Bolarin started from a humble beginnings but showed passion for his visions of a better world. He has proved that he means business when it comes to Humanitarian services and fighting alongside IIMSAM against malnutrition through the use of micro-algae Spirulina. Today, H.E Samson is making his mark in what he is good at – helping others.

Though he is more of a private person for a public figure, he shows he is an achiever in the most real sense….