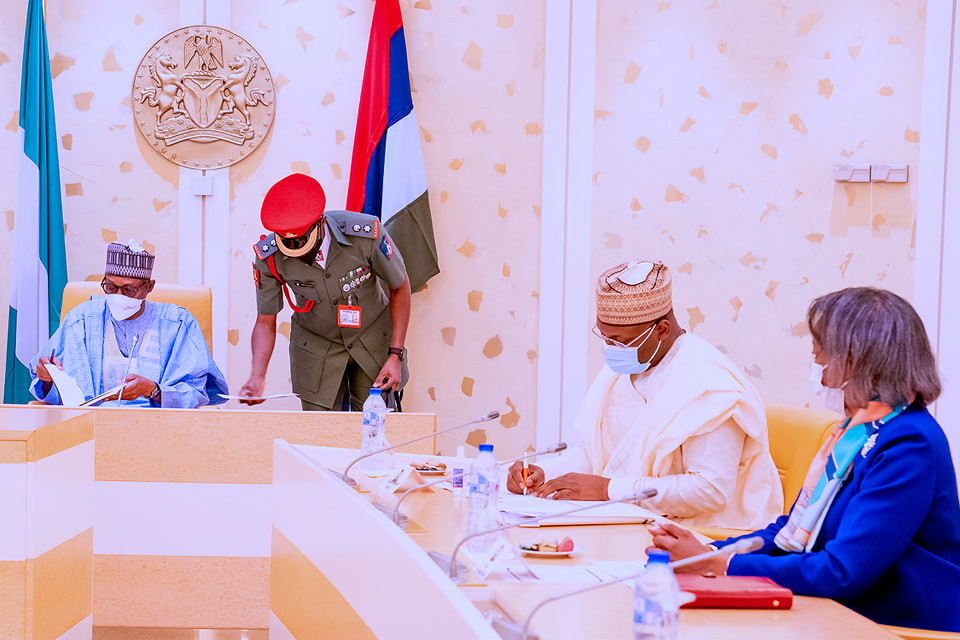 President Buhari today June 1 said a rude shock awaits those who are bent on destroying the country through promoting insurrection and burning down critical national assets.

The President spoke after he received a briefing from the Chairman of the Independent National Electoral Commission (INEC), Prof Mahmood Yakubu, on series of attacks on facilities of the electoral body around the country.

“I receive daily security reports on the attacks, and it is very clear that those behind them want this administration to fail.

Insecurity in Nigeria is now mentioned all over the world. All the people who want power, whoever they are, you wonder what they really want. Whoever wants the destruction of the system will soon have the shock of their lives. We’ve given them enough time.”the President said

President Buhari recalled that he visited all the 36 states of the country before the 2019 election, “and a majority of the people believed me, and the election proved it.” He…

Man shot dead after making withdrawals from an ATM in Ibadan

Bank workers storm Senator Andy Uba’s house in Abuja, ask him to pay up his debt