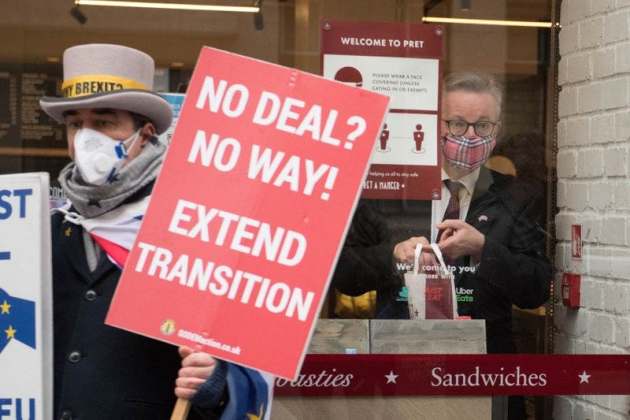 British and EU negotiators had dug in their heels and were each demanding more concessions from the other as post-Brexit trade talks dragged on into Sunday, deadlocked on fishing rights.

Sources from both sides said that unless the other backed down on access to UK waters, Britain would leave the single market at midnight on December 31 without a follow-on deal on cross-Channel commerce.

“We’re continuing to try every possible path to an agreement, but without a substantial shift from the (European) Commission we will be leaving on WTO terms on 31 December,” a British government source said.

But an EU diplomat told AFP that Brussels had made Britain its last offer on fishing and it was down now to UK Prime Minister Boris Johnson to decide whether he wants a deal.

“If Britain doesn’t accept the latest EU offer it will be a ‘no deal’ over fish,” he warned. A European official said: “It’s very blocked.”

The tough talk came as both sides are engaged in…