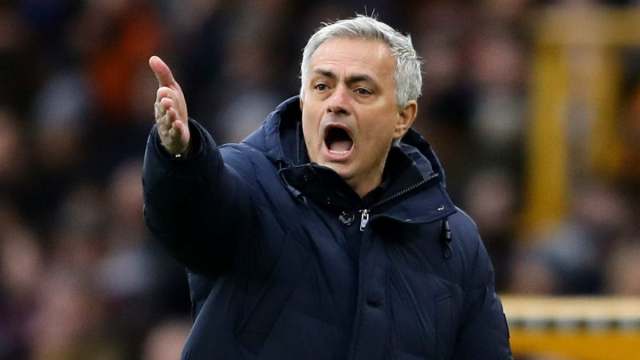 This was following the dynamic duo both scoring in a 3-0 win over Leeds United that lifted Spurs to third in the Premier League on Saturday.

Kane gave his side the lead from the penalty spot — his 10th league goal of the season — then combined with Son who doubled Tottenham’s tally just before halftime.

It was Son’s 100th goal for Tottenham and the 13th time this season that the pair had combined for a league goal, equalling the whole season record set by Alan Shearer and Chris Sutton for Blackburn Rovers in 1994-95.

“I think in the Premier League there are many good players everywhere even in clubs where you don’t believe they can have great players,” Mourinho said.

“But I have to say that Sonny and Harry are doing special things this season.

“They are very good players as you know for many years.

“I want more goals, especially from…