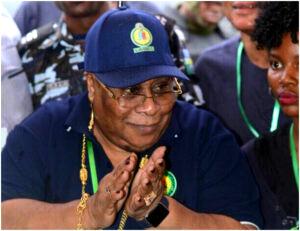 Speaking during a stakeholders’ forum for Ward F, LASIEC Chairman, Justice Ayotunde Philips, represented by the Electoral Commissioner, Dr. Bunmi Omosehinde, explained that the reason for the rerun in the ward was because there was no clear winner.

“You know we are just coming from an election, so everything is ready and the joy is that the runoff is just between the All Progressive Congress, APC, and the Peoples Democratic Party, PDP.

“Due to the fact that there was no clear winner of the councillorship election. People should come out to vote and know that their security is guaranteed.”

Olasehinde urged both candidates to sign a Memorandum of Understanding, MoU, assuring the commission of a peaceful election come…