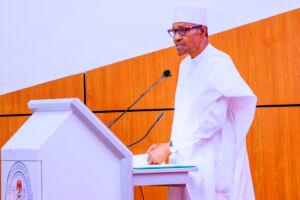 •Tells security operatives to be proactive against plans of terrorists

President Muhammadu Buhari Tuesday said his greatest preoccupation was the threat to life by murderous gangs and merciless outlaws without the slightest regard for the sanctity of life.

The President charged the security agencies to be more proactive and redouble their efforts to frustrate the plans of the terrorists before they launch attack.

Reacting to the latest killings in Kebbi state, President Buhari in a statement by his Senior Special Assistant on Media and Publicity Mallam Garba Shehu expressed sadness over what he described as “the brutal murder of tens of vigilante members in Kebbi State by bandits who ambushed them in the Sakaba/Wassagu Local Government Area.”

The statement quoted the President as saying, “this egregious level of criminality is shocking and I want to assure Nigerians…