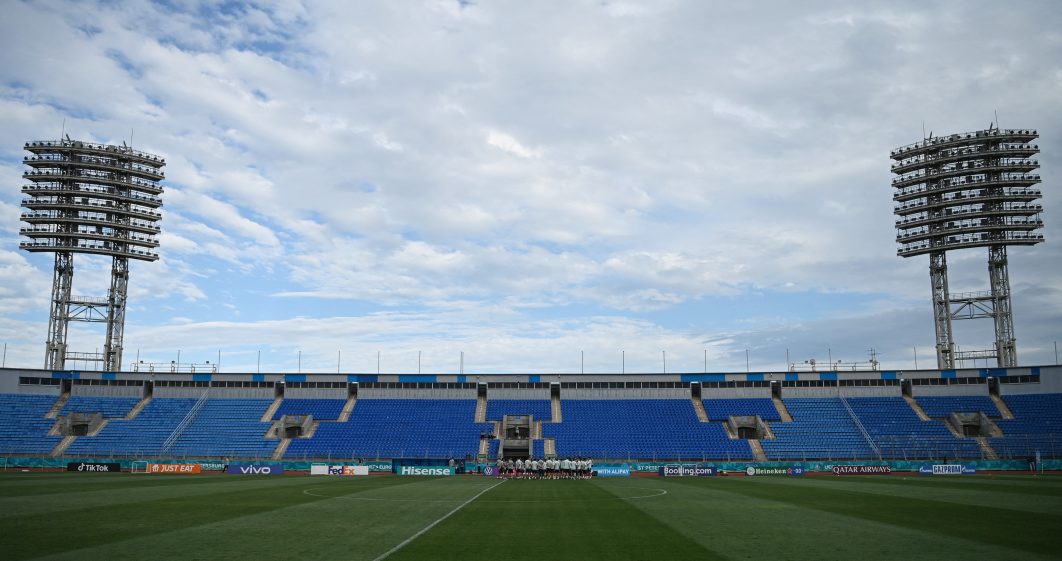 Spain’s players take part in an MD-1 training session at the Petrovsky Stadium in Saint Petersburg on July 1, 2021 on the eve of their UEFA EURO 2020 quarter-final football match against Switzerland. (Photo by Kirill KUDRYAVTSEV / AFP)

The World Health Organization (WHO) called Thursday for better monitoring of Euro 2020 football matches as Covid infections climb again in Europe, fuelled by the deadly Delta variant that is racing around the globe.

Hundreds of cases have been detected among spectators attending Euro games across the continent, with carriers of the Delta strain detected in Copenhagen, and infected Scots and Finns returning from London and Saint Petersburg respectively.

In a bid to boost protection, European football’s governing body UEFA has cancelled all tickets sold to UK residents for England’s quarter-final against Ukraine in Rome this weekend.

Russia posted record virus deaths for the third day running on Thursday, while in Britain — where a Euro…