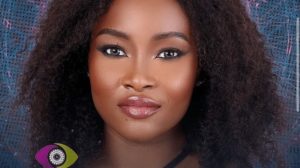 Two housemates, Ilebaye and Khalid, were on Sunday night evicted from the BBNaija Season 7 House.

Ilebaye, a Level 2 housemate in the Level Up Season of the Reality TV Show was the first housemate to be evicted at the second Live Eviction Show of the season.

Recall that five Level 2 housemates were up for possible eviction on Sunday. They included Ilebaye, Groovy, Khalid, Bryan and Phyna.

After Ilebaye’s eviction, Khalid was the second housemate to be shown the way of the Biggie’s House.

However, the trio of Groovy, Bryan and Phyna were saved from eviction.

LEADERSHIP recalls that Christy O and Cyph were the first set of housemates to be evicted from the show during the first Live Eviction Show last Sunday.