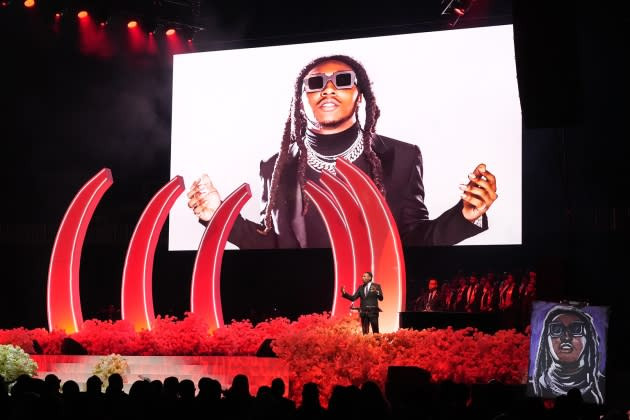 Migos rapper, Takeoff has been laid to rest in Atlanta

Takeoff, born Kirsnick Khari Ball, was shot and killed earlier this month outside a Houston bowling alley while out with his uncle Quavo.

During his celebration of life, which took place at State Farm Arena in downtown, his bandmates Quavo and Offset spoke in remembrance of Takeoff, as well as longtime Migos collaborator, Drake.

“I’m asking us to focus on stopping the violence, I’m asking us (to honor) the essence of a young man like TakeOff – only 28 years old, a humble, good, family dude, somebody who like I said was introspective, versatile, gives good lyrics but also thoughtful,” Dickens said. “We need to live in…