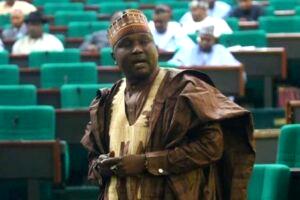 The Majority Leader of the House of Representatives, Rep. Ado Doguwa (APC-Kano) said on Thursday that it was time Nigerians were allowed to bear arms to defend themselves.

“With all sense of responsibility, I think Nigerians at this moment should be allowed to bear arms.

“Nigerians must be allowed to take arms in defence of their innocent souls and to defend their hard-earned resources and property.

“Nigeria should not fail. Let Nigerians organise themselves in the form of civil defence and defend their innocent souls,’’ he said.

Doguwa was contributing to a motion moved by Rep. Shehu Balarabe (APC-Kaduna) in plenary on the need to curtail increasing banditry in Brinin Giwa Federal Constituency in Kaduna State.

“When killing and kidnapping continue like this on daily basis, those of us who are representatives of government become speechless in the discharge of our duties to defend the actions of government.

“This is a report from one local…